Stardust Drinks – liqueur from other galaxies

From New York to Lyss and then straight into outer space. Since 2019, the founder of Stardust Drinks has sold thousands of his cosmic liqueurs. Following their success in Switzerland, the company entered the German market. We interviewed Tayfun Saka about his liqueurs from other galaxies, how it all began and why he chose Zebrabox as his storage partner.

Stardust Drinks doesn't just offer liqueurs, instead they offer a drinking experience of cosmic dimensions. All of the company’s liqueurs are characterised by a constellation and shaking the bottle makes the contents shimmer like stars from another galaxy. The spirit “Stardust Shimmery Liqueur” is available in various clubs and bars as well as in shops and online.

Coming from a hospitality family

As the son of a club owner in Frankfurt, Tayfun was practically born into the hospitality industry and he took on tasks behind the bar as soon as he was allowed. However, his professional career did not initially start in the hospitality scene. The founder of the startup is a trained administrator and still does this part-time alongside his liqueur business. 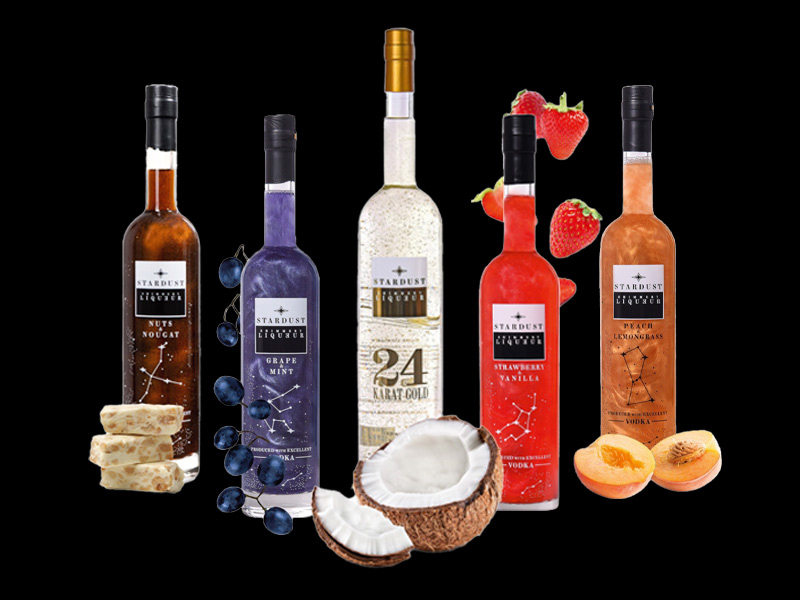 Within his startup, Tayfun takes on the majority of the main sales tasks. He has an eagle eye when it comes to finding new customers for the galaxy liqueur. He also takes the parcels from Zebrabox to the post office, where they are then sent all over Switzerland – and sometimes even worldwide. For example, Stardust Drinks has supplied bottles to Montana in America.

Expanding into a large neighbouring country

With the success of his liqueur startup in Switzerland and his family based in Frankfurt, the next step was obvious: Tayfun brought his brother on board and expanded into Germany at the beginning of 2021. The stardust liqueurs were an instant hit in Germany and the bottle sales quickly exceeded those in Switzerland. Nowadays, Stardust Drinks has six employees.

«I really wanted to work for myself. I’ve always thought hard about what I could do. When I was with friends in New York, I found the answer.»

From New York to Lyss

It all started in New York, where Tayfun went out for a cocktail with a couple of friends. When the barman served Tayfun his chosen cocktail, it arrived in a balloon glass with lots of small glitter particles swirling around – just like in a snow globe. Fascinated by this drinking experience, Tayfun returned to Switzerland and said one evening: “I want to do that here too.” 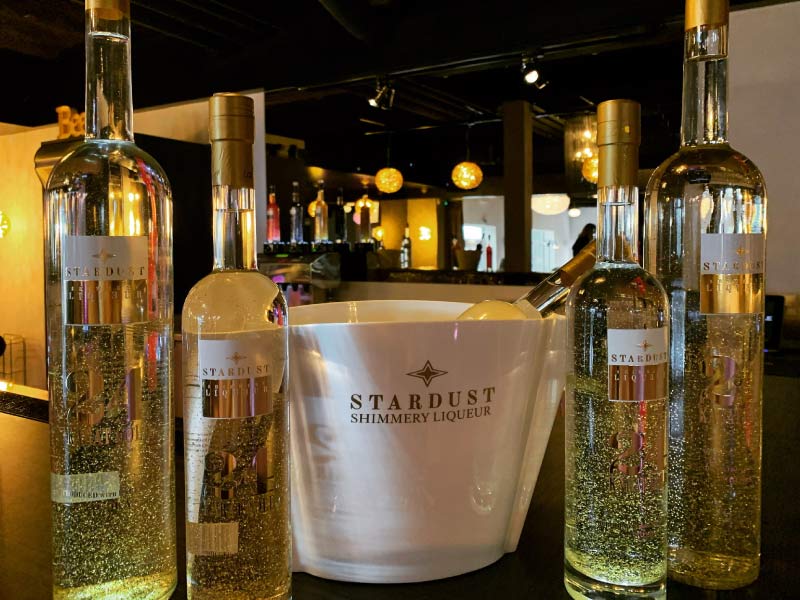 Initially, the glitter clumped together in the liqueur or was rejected for other reasons but the Frankfurt-born owner of the company eventually succeeded in creating the perfect galaxy glitter which met all the requirements. The first 1,000 bottles of “Stardust Shimmery Liqueur” were produced in 2019 and sold almost straightaway. A successful liqueur.

«To start with, I stored everything in my basement. But I quickly ran out of room. As well as the problem with space, I also didn't like storing valuable items in my basement.»

From the basement to Zebrabox

As his new business skyrocketed, Tayfun's basement, which had been used to store the liqueurs, quickly became too small and logistically difficult to manage. It also meant he was storing valuable items in his basement, which he didn't like. He had to find a new solution. While searching online, Tayfun quickly came across Zebrabox where he soon started storing his cosmic liqueurs.

«I’m very happy I found Zebrabox. They accept the deliveries of liqueur from Germany for me, so that I don't have to be on site.»

Receive goods without lifting a finger

By storing goods at Zebrabox Bern, the employed administrator can take a more relaxed approach. All items at Zebrabox are insured and the rooms are under video surveillance. What’s more, Tayfun no longer has to lift a finger when the liqueurs arrive at Zebrabox from abroad. Zebrabox employees accept the deliveries and put them directly in his storage unit.

«At times my storage unit became too small, but I was able to upgrade easily to a bigger storage unit each time, regardless of the current contract.»

Zebrabox grows with the startup

Each time the storage unit filled up with liqueurs, Tayfun was able to easily swap to a bigger Zebrabox, without any debate over contract periods. Simple and straightforward.